MOCHA will be presenting its work to the Quality of Childhood programme in the European Parliament on Tuesday 11th April.

The second Annual General Meeting of the MOCHA project was successfully hosted by CNR in Rome, on the 20th October 2016. We were welcomed by Professor Riccardo Pozzo from the Department of Social Sciences and Humanities at CNR. 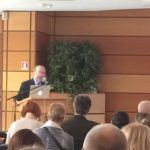 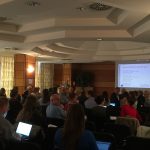 Each work package presented a summary of their work to date, including their achievements and main outputs, the work plan proposed for the forthcoming year and any challenges that are being faced by the research so far. There was an interesting and rewarding discussion between the work package work groups and input from the External Advisory Board. One clear element that emerged was how valuable and unique the contribution from the individual country agents is to the project as a whole.

After the general plenary meeting, the External Advisory Board met with members of the MOCHA management group, including Prof Blair and Christine Chow, our project manager. This meeting allowed the EAB members to assess and comment on the work so far, and to suggest direction for the next year of analysis. In a separate meeting, Prof Michael Rigby the Deputy PI of MOCHA and Denise Alexander, the research coordinator met with the MOCHA Country Agents. This was an extremely rewarding meeting in which the country agents were able to clarify aspects of the questioning and answering process, with MOCHA researchers, and suggest changes to the way the country agent process is managed.

A strong theme of the meeting was the increasingly valuable collaboration between work packages. This synergy of research leading into our final appraisal of models of primary care for children in our third year. In the two days before the AGM itself, the work package groups met together to discuss joint research aims and where one work package can share common aims with another. This co-working is a key aspect of the MOCHA project, reflecting the complex interactions of disciplines, tasks and professions that take place on a daily basis in the different models of primary care in Europe. In particular, the Work Package leaders will discuss a workable system so that research teams will be able to interrogate the databases and data that have been identified in the first year. 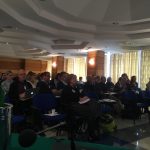